The Middle Plains of Drhokker could be said to encompass, in terms of a continuous landscape and biome, all the watershed of the Jorakk and Jendasha Rivers, which includes all the open grassland, plains and prairie stretching from a couple hundred miles east of Gothmerr to as far westward as Shynabyth and Tharggy. This biome is bordered by the Rytarr Wilderness in the north and the Rokk Wilderness – an impressive expanse of forest in its own right – in the south.However, this Regional Guide focuses on the lands surrounding the Jorakk River and the northern end of the Jendasha, which includes the major settlements of Gothmerr, Trarr and Vhott. If your party ventures further east or west across the wind-swept and seemingly endless horizons of the Middle Wild Lands, this Guide may still be used for Skill Checks and Random Encounters, though political facts and rumors will grow cold the further one gets from the Jorakk’s mighty flow.Other than its small settlements, and the large flows of the Jorakk and Jendasha Rivers, the Middle Drhokker Plain is a seemingly endless prairie stretching in all directions as far as the eye can see, sometimes sparkling with the blues and greens of streams reflecting the sun, sometimes all drab brown, grays and yellows when drought soaks up the moisture of the land and causes even the toughest grasses to wilt away. Its wide swaths of low hills rolling to the horizon are sometimes broken by copses of larch and birch trees and hoary shrubs, though there are many places where it would seem that nothing but field and grass exists in all the world. In areas of greater moisture and fertility, such as around the Jendasha River Basin and the west bank of the Jorakk River, the grasslands are a rich gold of hip-high grass waving in the breeze. More arid stretches, however, such as those directly east of Trarr, are known for hard steppes that stretch flat to the horizon.In the summer, thunderstorms come violently across the prairie, darkening the sky from the ground up with black curtains of sheeting rain. In the winter, everything freezes hard under a cover of crusted snow, and the wind howls in gales across the darkened waste.The whole of the Middle Wild Lands is home to large grazing animals, including bison, musk-ox, antelope, and some elk and moose. Prey is made of these by packs of wolves and coyotes, as well as the fast and powerful Wooly Cheetah. Giant Eagles are sometimes seen soaring high above the steppe. Though those massive birds make their eyries far to the south in the Vrykarrs, they find good hunting out on the sweeping plain.The prairie is also home to many Dejy tribes and Drhokkeran clansmen. Even distant reaches far removed from greater trade routes along the Jorakk and Jendasha Rivers are not all untamed. Many settlements represent temporary camps of Dejy tribesman moving steadily across the prairie in search of bison herds and good water. Others are little more than Fhokki homesteader families clustered together in a handful of sod-roofed longhouses, working cattle, sheep, goats and other animals which can turn grass into meat.Though the growing season is brief, and rich soil lacking except for around rivers, it’s common practice for those who steward the land, rooted to one spot by heavy timber, husbanded animals and tilled ground, to grow cold crops such as potatoes, onions, beets, cabbage, lettuces, winter wheat and barley. While meat and dairy are the mainstays of diet for Drhokkeran Fhokki, almost all supplement their fare as much as they may with such crops. 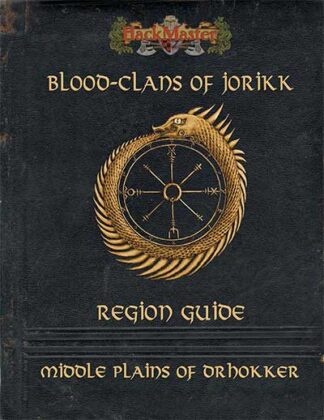