In this starter pack you’ll find the [very high resolution] main maps referenced throughout the Blood-Clans of Jorikk campaign setting, as well as a 30 page introduction to the region’s climate and seasons, and a how-to for using the in-depth Regional Guides. As such it is largely of interest to GMs, though players will certainly find the maps and descriptions of climate and season quite useful.The Wyldr of Jorikk Regions map illustrates the rough geographical borders of the 18+ regions which have a dedicated Regional Guide. Each region represents a unique wilderness area that can be used as a stand-alone campaign setting, or as a mini campaign setting which exists as part of an overall story arc occurring within the greater northeastern Wild Lands.The first Regional Guide will be the Middle-Plains of Drhokker guide, starting players and GMs in the feud-torn and heavily contested prairie of Drhokker, just south the vast expanses of the Rytarr Forest. For centuries the northern sea of Lake Jorakk was but a rumor and myth in these lands, but in the lands forty years a trade and immigration boom in Narr’Rytar has led to more and more Drhokker clansmen packing up to seek fortunes in the remote northern wilds.Will you (or your players) choose to embroil yourself in the territorial feuds and blood-politics of the Drhokkeran Horse-Lords, or will you turn north with the whiff of placer-gold, dwarf-iron and scalp-bounty to feast in the timbered halls of the Blood-Clans of Jorikk? 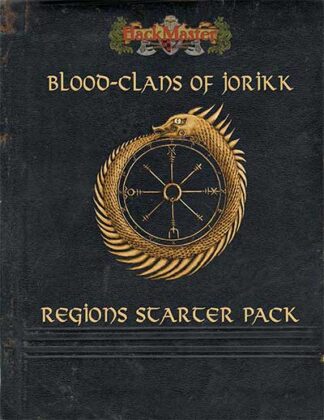