HackMaster – A Sewer Runs Through It

HackMaster – A Sewer Runs Through It

A Sewer Runs Through ItThis HackMaster adventure is intended for four to six 1st level characters. It was conceived as the initial adventure in an urban campaign centered in Bet Kalamar, the capital of the Kingdom of Kalamar. It can easily be repositioned into any urban area and serve as the first taste of danger for novice adventurers.I wanted to provide a variety of challenges both in opponents and other obstacles that novice explorers will have to overcome. While the enemies to be encountered are significantly weaker than the norm, their lack of armor and proper weaponry is in keeping with the scenario and renders them far more manageable for a novice group of adventurers.Ironically, this dungeon may prove quite deadly though it was not intended as such. The root cause of nearly all deaths is easily avoidable. Unfortunately, in their mad rush to buff up all their combat bonuses, PCs often neglect to prepare themselves for routine hazards that they may face when exploring. Do not succumb to the urge to “go soft” on players that have made this error. They must learn that HackMaster is more than pure combat prowess.15 color pages 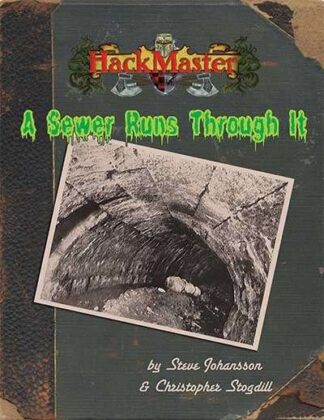