HackMaster – Nest of the Ratmaster

HackMaster – Nest of the Ratmaster

“Nest of the Rat Master” details a section of city sewers occupied by a gifted but low-ranking servant of The Rotlord, his beggar-thrall devotees and several varieties of giant rats. It is optimally designed for a party of five 4th-level characters.The scenario has purposefully been left vague with regard to its location so as to allow you to place it in any large town or city of your choice. The dungeon as presented is a self-contained warren separate from any connection to a wider subterranean network of tunnels. However, should you have ambitious plans for a larger series of sewer delving scenarios, options have been noted allowing for access to a greater sewers system of your own design.18 pagesBy “Weird Dave Olson” with Steve Johansson 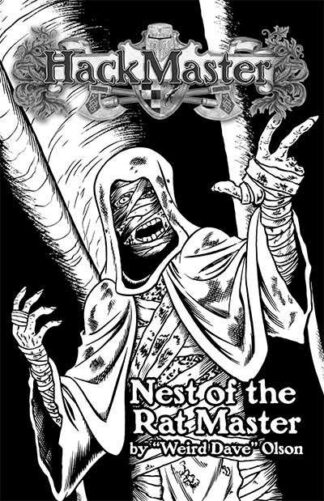